skip to main | skip to sidebar

Mowing with the Dictator 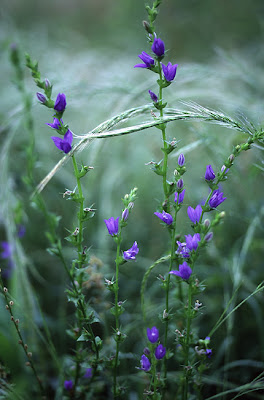 Am I alone in wondering just why our Western culture is so obsessed with lawn care? What is it about taming tiny blades of grass with a rapidly spinning blade that gives homo sapiens such feelings of utter satisfaction? These are questions that I mutter to myself, as I mow my own lawn (or the limited area that I begrudingly do maintain.) Is it all a great power trip, a way to keep up with the Joneses or something deeper and more ancient?

Author David Quammen, in his essay entitled "Rethinking the Lawn," confesses that he once believed that the American Lawn was part of a Communist plot meant to turn we statesiders into mindless drones. He later goes into several very intriguing explanations for the phenomena, including one linked to evolutionary biology known as the savanna hypothesis, which was proposed by a biologist named Gordon H. Orians. In a nutshell, this hypothesis draws a link from the modern suburban humanity all of the way back to the plains of Africa where "savanna-type environments with scattered trees and copses in a matrix of grasslands should be highly preferred environments for people and should evoke strong positive emotions." In short, less vegetation = less hiding places for predators = higher visibility = improved conditions for human survival. The problem is, I like tall grass and only seem to find more and more satisfactory reasons to let grass grow tall. Where does that put me on the evolutionary scale of life?

When my wife and I lived in the city, there was more pressure to keep a somewhat manicured front lawn. Nosey neighbors would dob you in to the council if things got too out of hand (in quotations) and even the good ones began to squirm a bit if one let anything got long enough to sway, ever-so-slightly, in the breeze. Once I let a milkweed grow up to seven feet high in my yard just so I could listen to the neighbors discuss its massive height when they thought that I wasn't around to hear. It was pure joy, let me tell you!

Playful vindictiveness aside, I noticed another thing that began to occur as my lawnspace was diminished and replaced by native plants, wildlife began to populate the backyard, seemingly overnight. First it was the butterflies, followed by the spiders, and then the birds, and then toads, and snakes, and on and on it went. I was the proud owner of my own private sanctuary. Something quite unexpected also began to happen; I began to make better and better photos. Because so much of my work has always been macro-based, I no longer needed to travel long-distances to find great subject matter –it was already there.

I feel very fortunate that our country neighbors are tolerant of my unpopular desire to let the field grow tall – although I believe that they think I'm a little odd for doing so. However each day, as the sunlight strikes the broom sedge golden, or a morning fog hangs heavy across the dew-covered wildflowers, I hope they will begin to see the beauty that was just waiting to be unlocked during all of those years of heavy mowing. Each season, as more new plants turn up, more cottontails appear and more deer hide their young in the undergrowth, the more affirmation that I feel. Then again, I might just be an odd and easy meal for a predator that will never turn up.
Posted by clay bolt at 7:03 PM

I rid myself of all front lawn and most of my back lawn many years ago. The perennials, shrubs, trees and the pond now provide a wealth of photographic opportunities that plain old lawn never did.It's the next-best thing to actually living in the bush somewhere.

Thanks for visiting. I'm glad to hear that there are other like-minded lawn-shirking photographers elsewhere in the world!